Reus. The route of modernism

Let's start with terminology: the mass in the Russian Internet called "Route of modernism" is wrong, because the architecture of Reus presented by style "MODERN", so this direction is determined in the Russian language. In Spanish it sounds like "Modernismo", in the world it is better known as the French name Art Noueveau (Art Nouveau), " Modernism" - this is the General name of the architectural trend, which includes such styles as rationalism, constructivism, and functionalism. The "modern" style appeared in European construction at the end of the 19th century, as an architectural trend of the eponymous art direction. Architectural modernism is characterized by the rejection of straight lines and angles, much attention is paid to the decor of buildings, both external and internal, at the same time, the architects sought to create buildings comfortable and beautiful. Catalan art Nouveau is the most striking type of the current, and the city of Reus has become its capital.

Panorama of the square Mercadal. (all photos are clickable for viewing in full-format mode).

Buses from Tarragona to Reus run every half hour, leaving from the lower platform of the bus station at Tarraco square, tickets are with the driver. When you reach the Reus bus station, do not rush to get off, the bus will stop and continue to the square of Oques (Plaça del Nen de les Oques on the map). From there I started walking along the "modern route", which is marked on the tourist map of Reus..

The route of the walk. 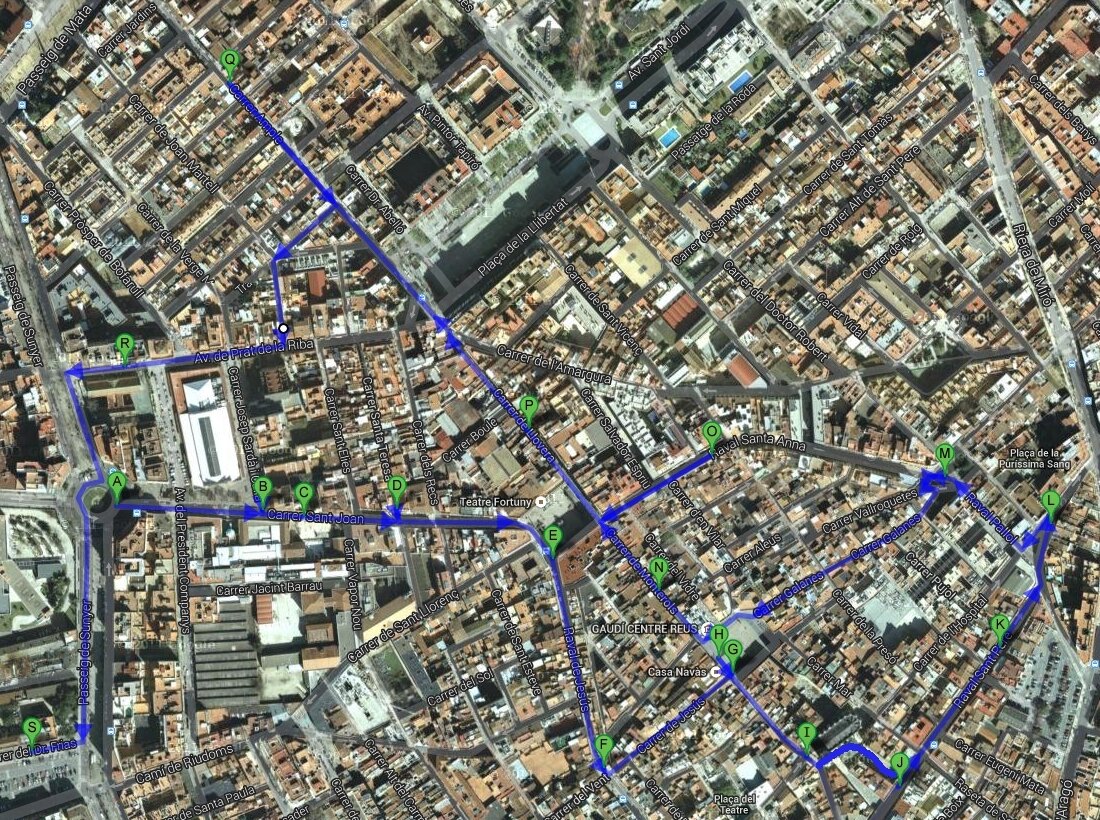