Early in the morning, I went to the bus station and after half an hour of driving I reached one of the centers of Catalan architectural art Nouveau - the city of Reus. The bus from Tarragona comes to the square of Oques (Plaça del Nen de les Oques - "square of the goslings", on the map), from the square in the direction of the city center leads to the streetSan Juan (Carrer de Sant Joan)on the map there are several examples of architecture from the beginning of the 20th century. Just a few steps away is the Central market building (Mercat Central on the map), built in the rationalist style. This is the most remarkable building in Reus of the post-war period. 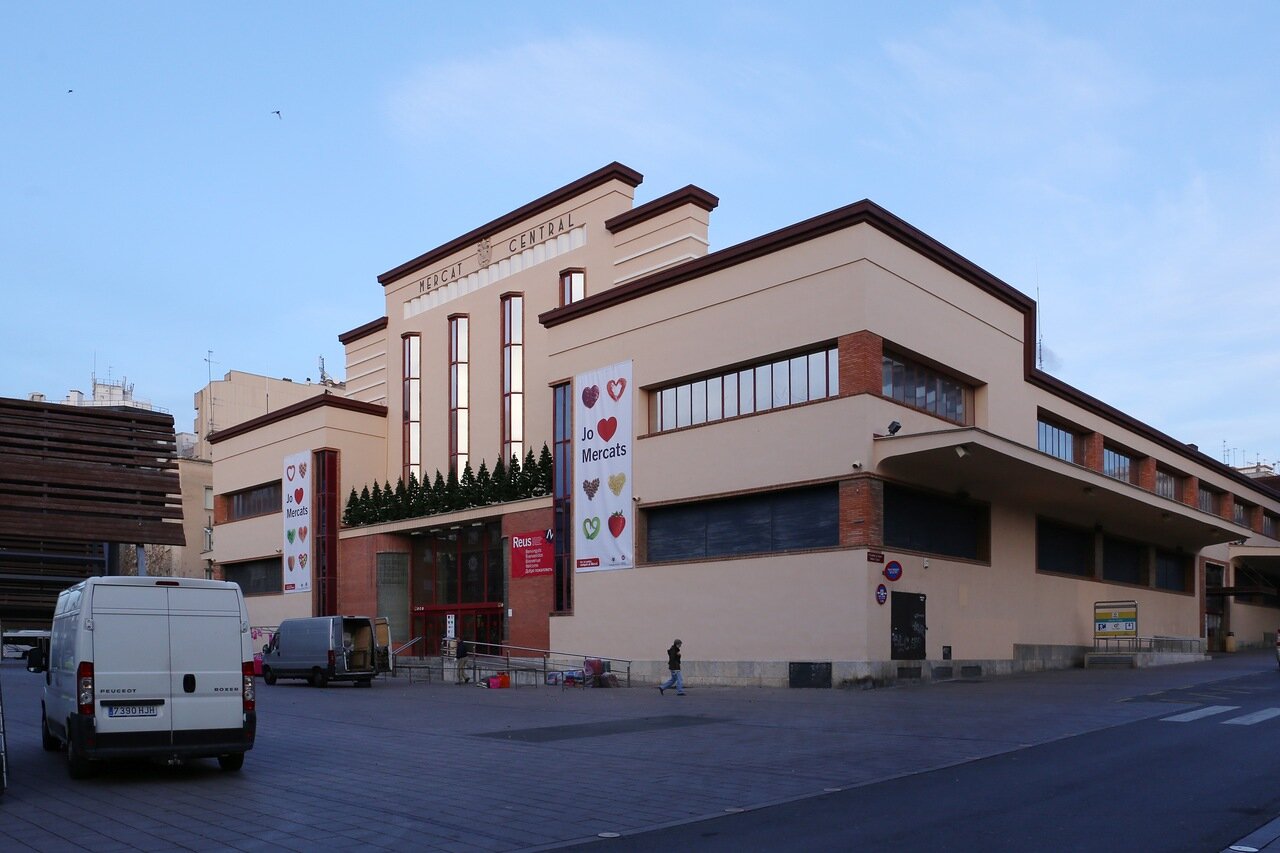 Corner house to the right of the market, Casa Gasul (Casa-Gasul on the map), was owned by the owner of the Peru Gasul olive oil factory. (Pere Gasull i Roig). The building was designed by the architect Luis Domenech I Montaner and his son Per (Lluís i Pere Domènech i Montaner) in 1910-1912. The owner fell under the hot hand of anarchists during the Civil war, but the business was continued by his sons, and now the company Felix Gasull-a well-known producer of olive oil in Catalonia. 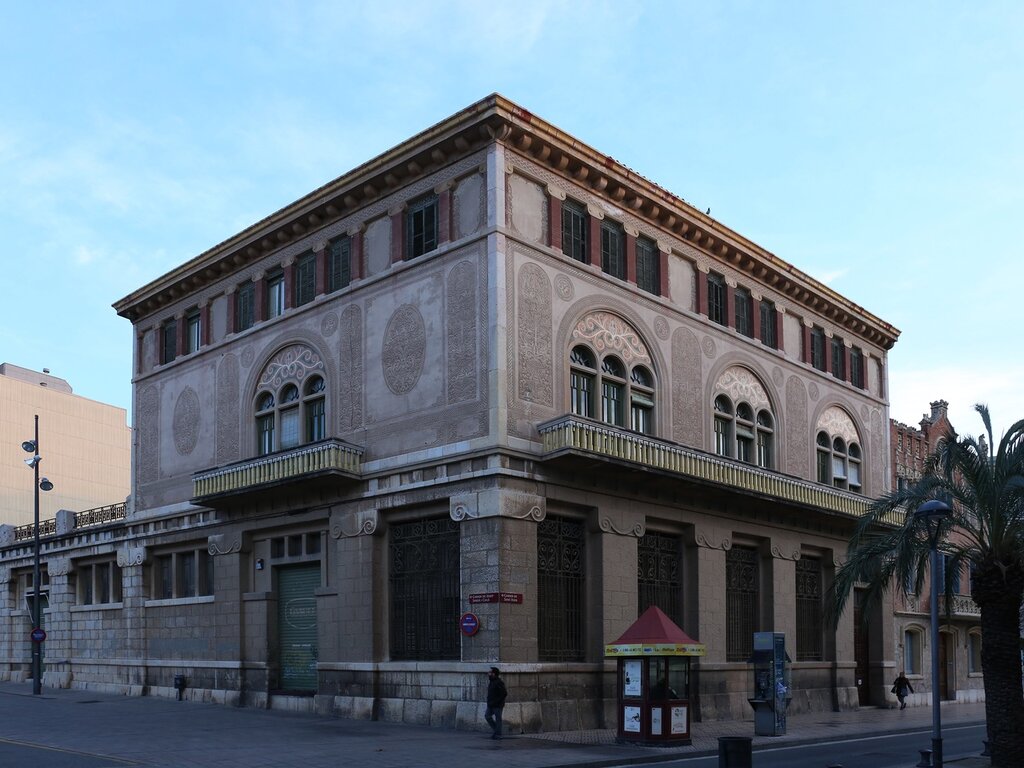 If the first floor, which was designed as a wholesale warehouse-store, does not Shine with decor, the second floor, where the owner's apartment was located, makes up for this disadvantage with more than a little. 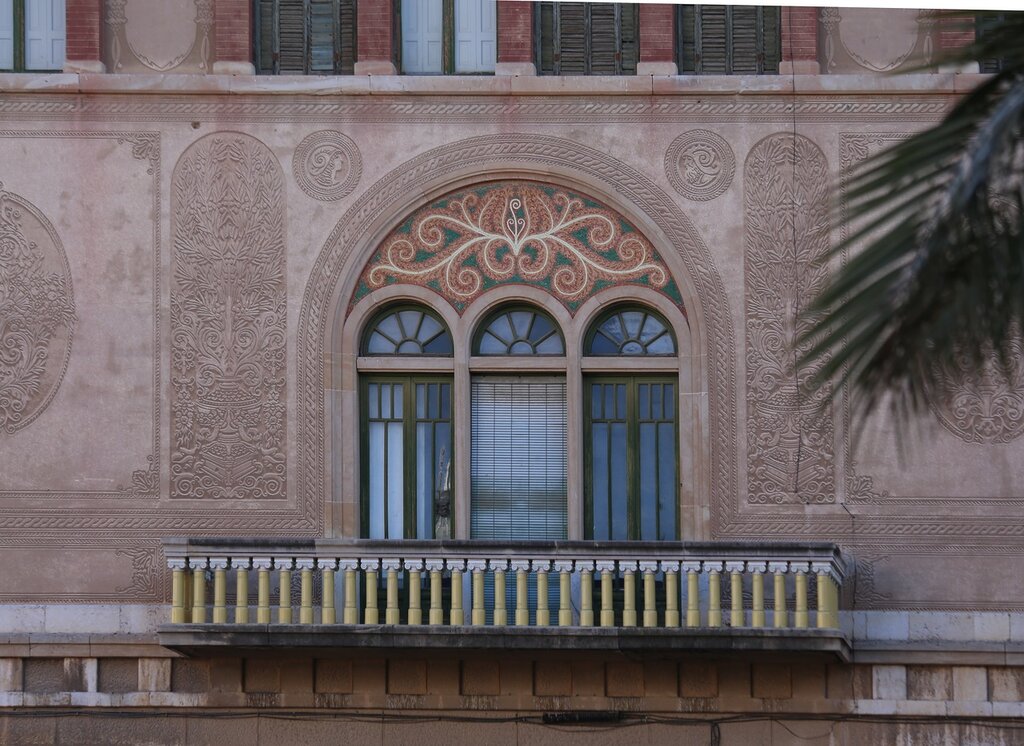 The walls are decorated with art Nouveau sgraffito and glazed ceramic mosaics. 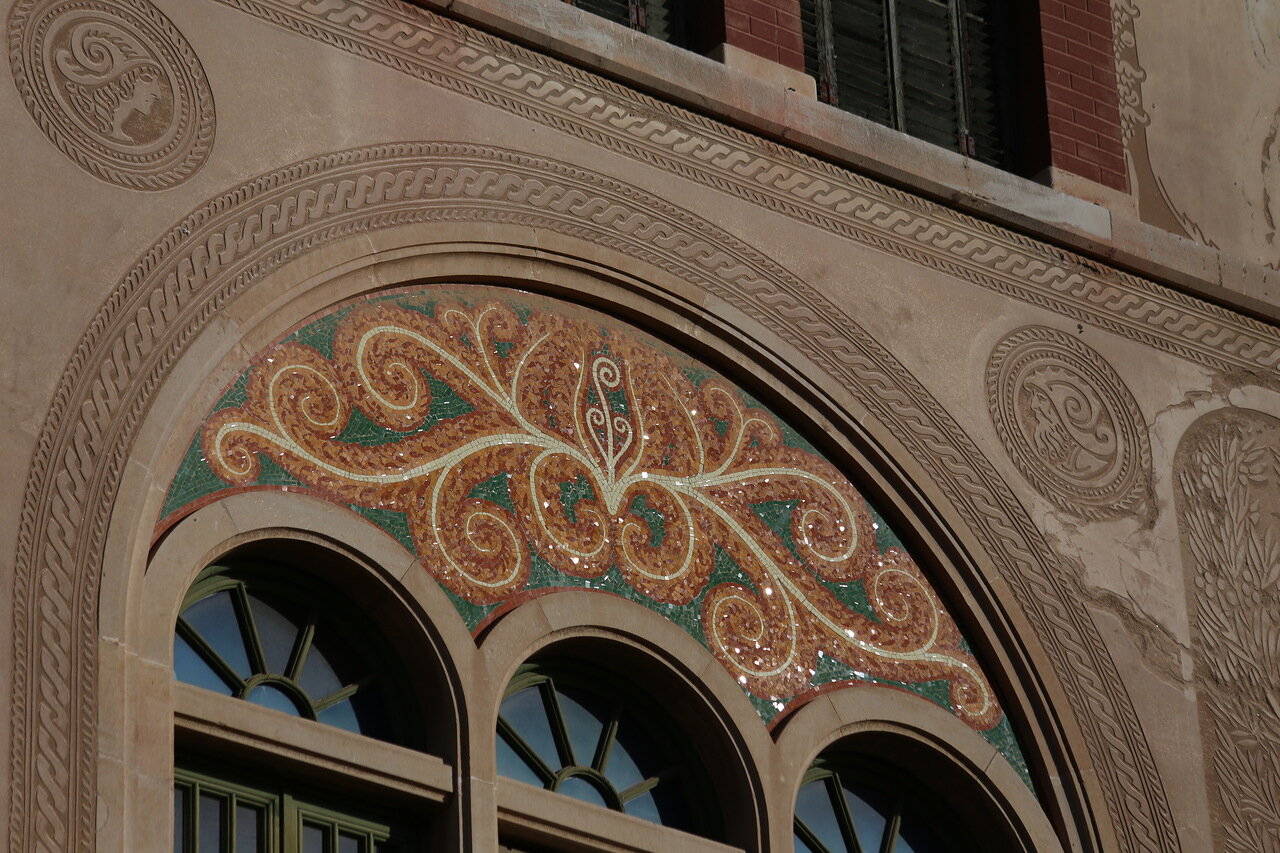