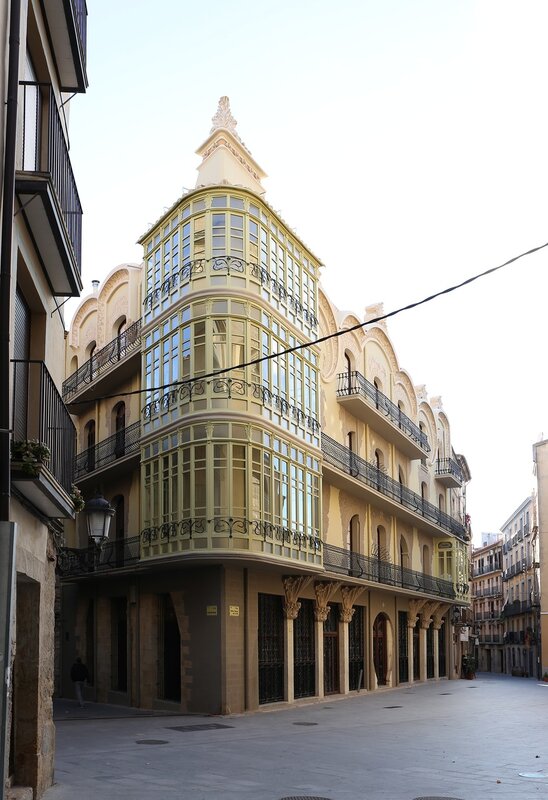 Building built in 1908 on the project of Catalan architect Mangio Pau (Pau Montguió i Seguro), already familiar to us, as author of municipal abattoir. The house boasts a large number of curvilinear elements, not forgotten, and the modern symbol is the letter "omega", which features veiled in the design of extreme the Windows of the upper floor. 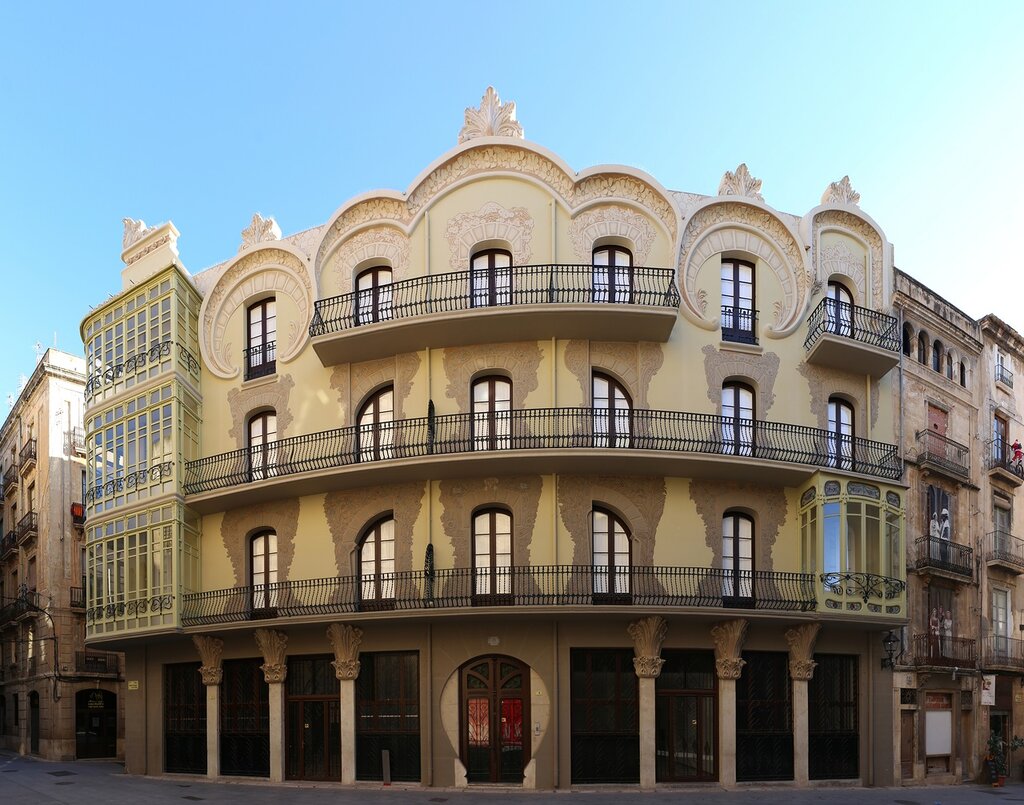 In the design of the facade the architect used the traditional for the last period of art Nouveau decor - moldings and ornaments in the technique of sgraffito, depicting flowers and other vegetation. 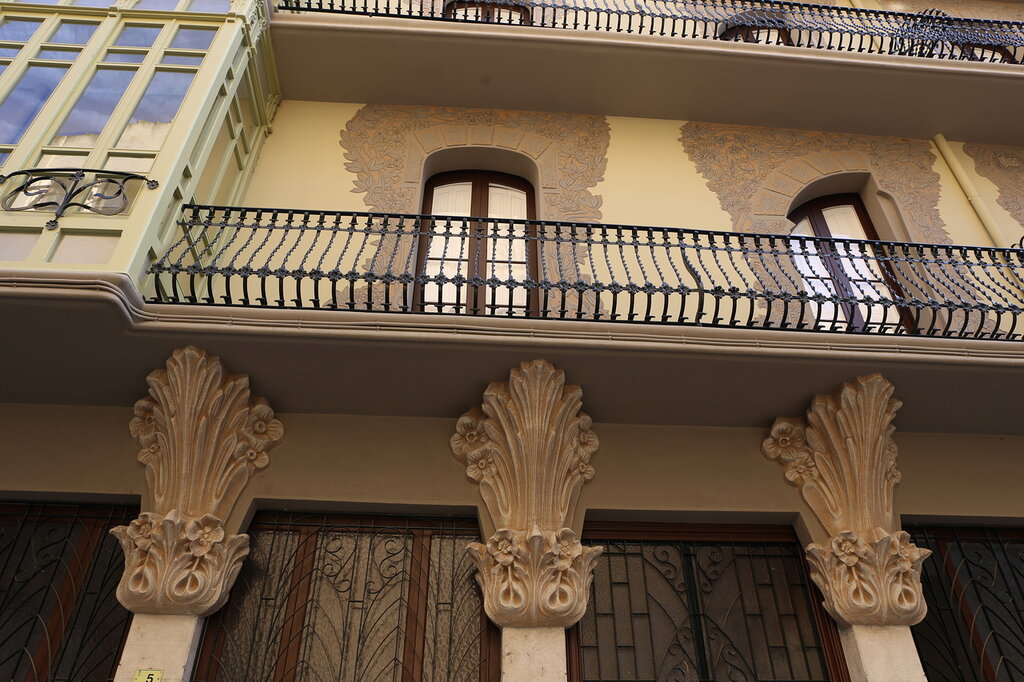 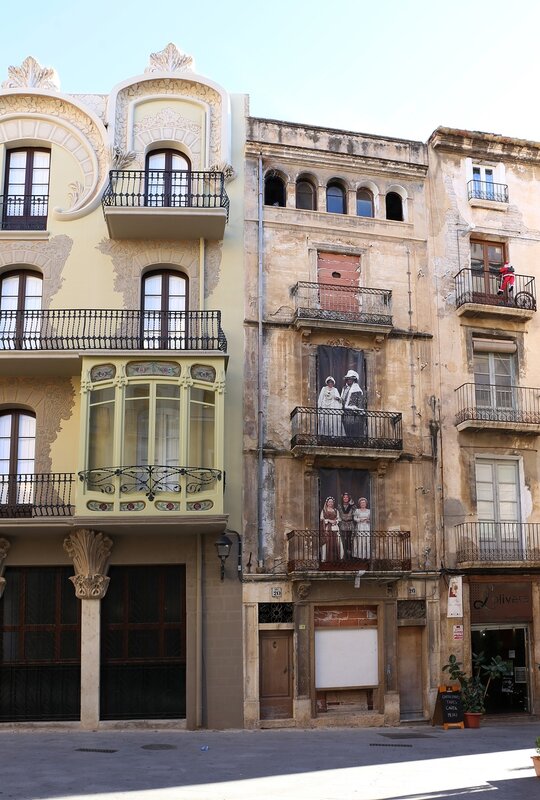