The building of the insurance company "Adriatic" is a fine example of neomudejar with eclectic elements, it combines Islamic architecture and Andalusian regionalism. The house was built in 1914 by josé Espiau y Muñoz (José Espiau y Muñoz), the largest modernist architect in Seville. 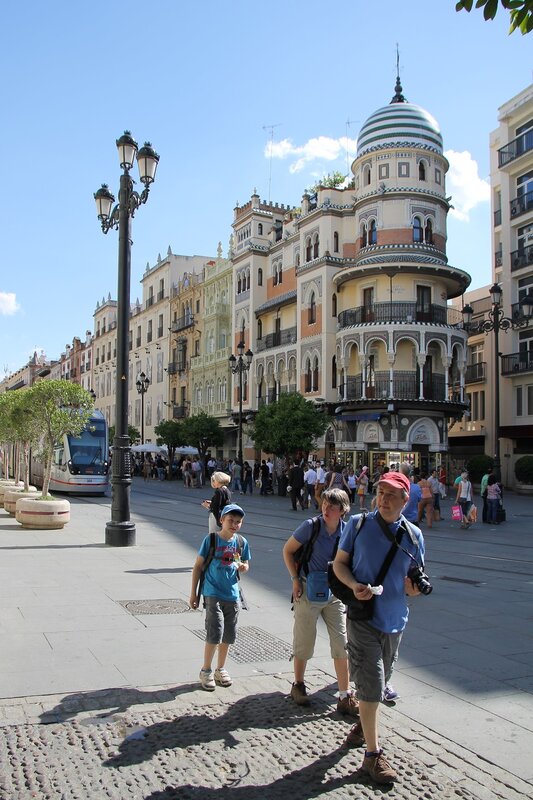 The building is located at the beginning of Avenida de Constitucion at the intersection with Calle Fernández y González (map) and the plan is triangle. The round tower in the sharp corner of this triangle resembles the minarets of mosques, it is the most spectacular element of the building. 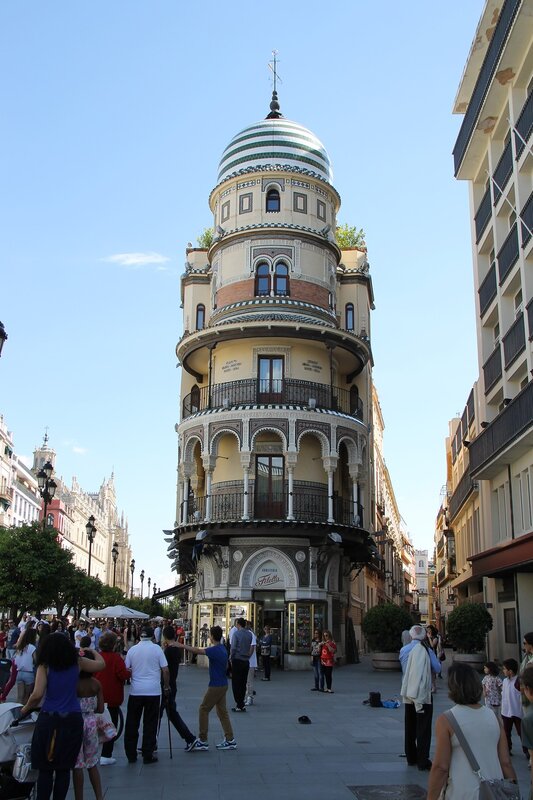 The tower is crowned with a hemispherical dome covered with glazed ceramics, lined with white and green circular bands. 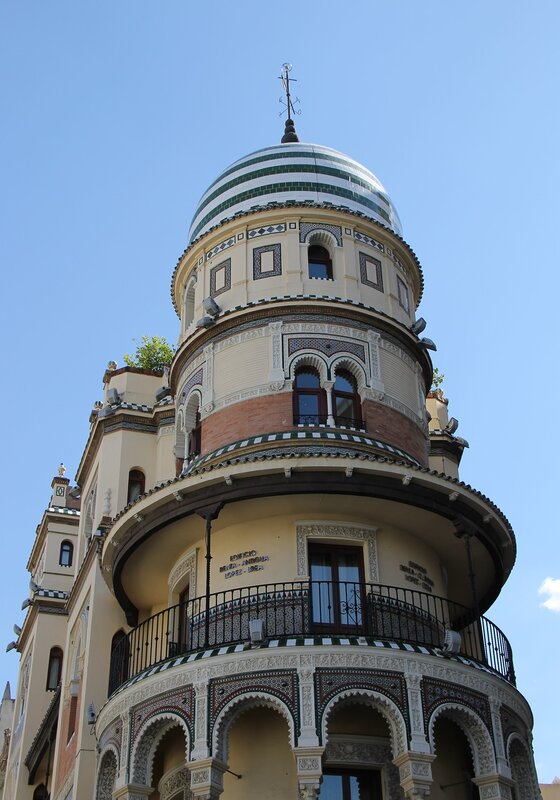 Ceramic Arabic ornaments side by side with bas-reliefs depicting the vegetation, typical decorations of the art Nouveau era. 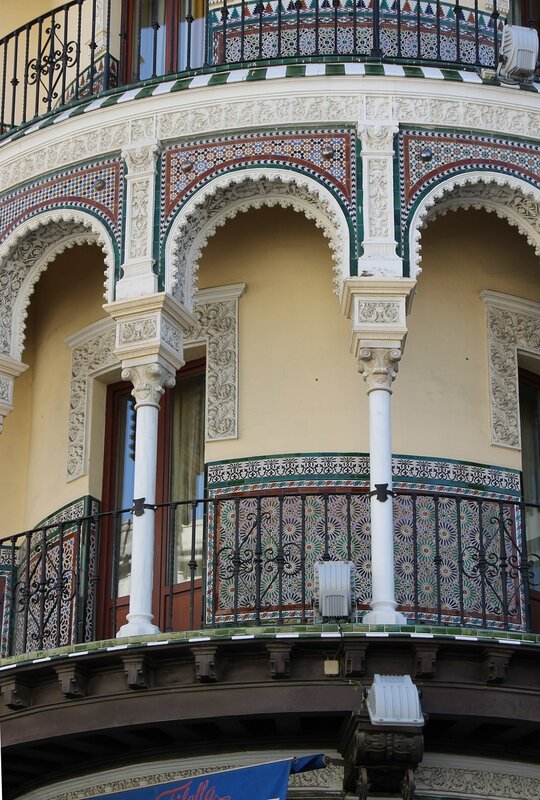 In the pointed arches of the lower floor of the tower you can see the features of the so-called "Scarlet Gothic" (Plateresque Gothic) or "Protorenessans" (Protorrenacimiento), a purely Spanish style, which appeared in the era of Felipe II. 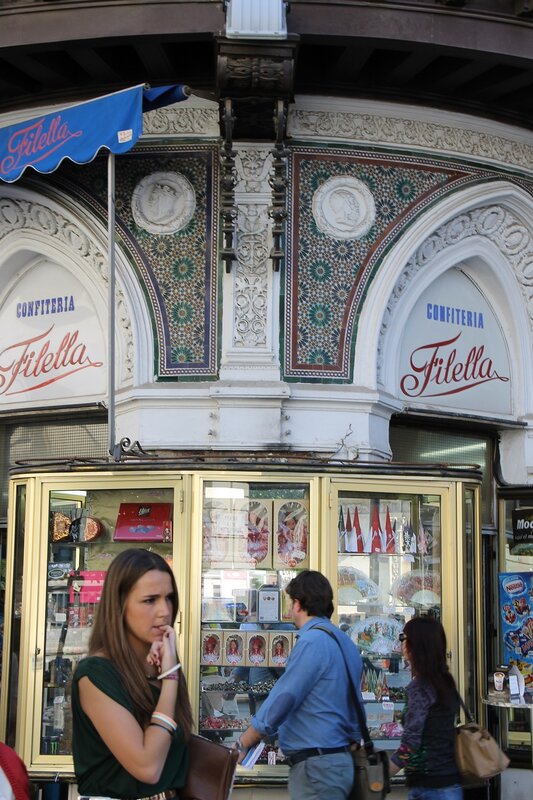 The facade on the Avenue of the Constitution, although decorated in the same style for the whole building, however, forms a separate structure, with two vertical volumes and a niche with balconies, galleries between them. There are also pointed Gothic arches side by side with semicircular and carved Islamic ones. 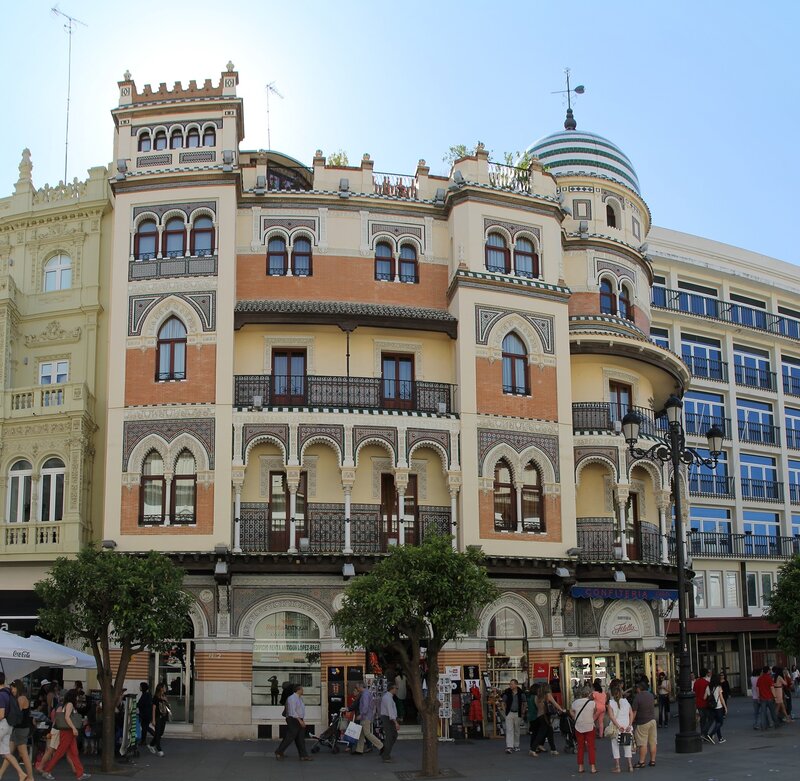