Monterols street ends at Prime square, where we turn into the narrow St. Anne's lane (Rawal de Santa Anna). Under number 22, you can see the eclectic building of the Central Bank (Banc Central). 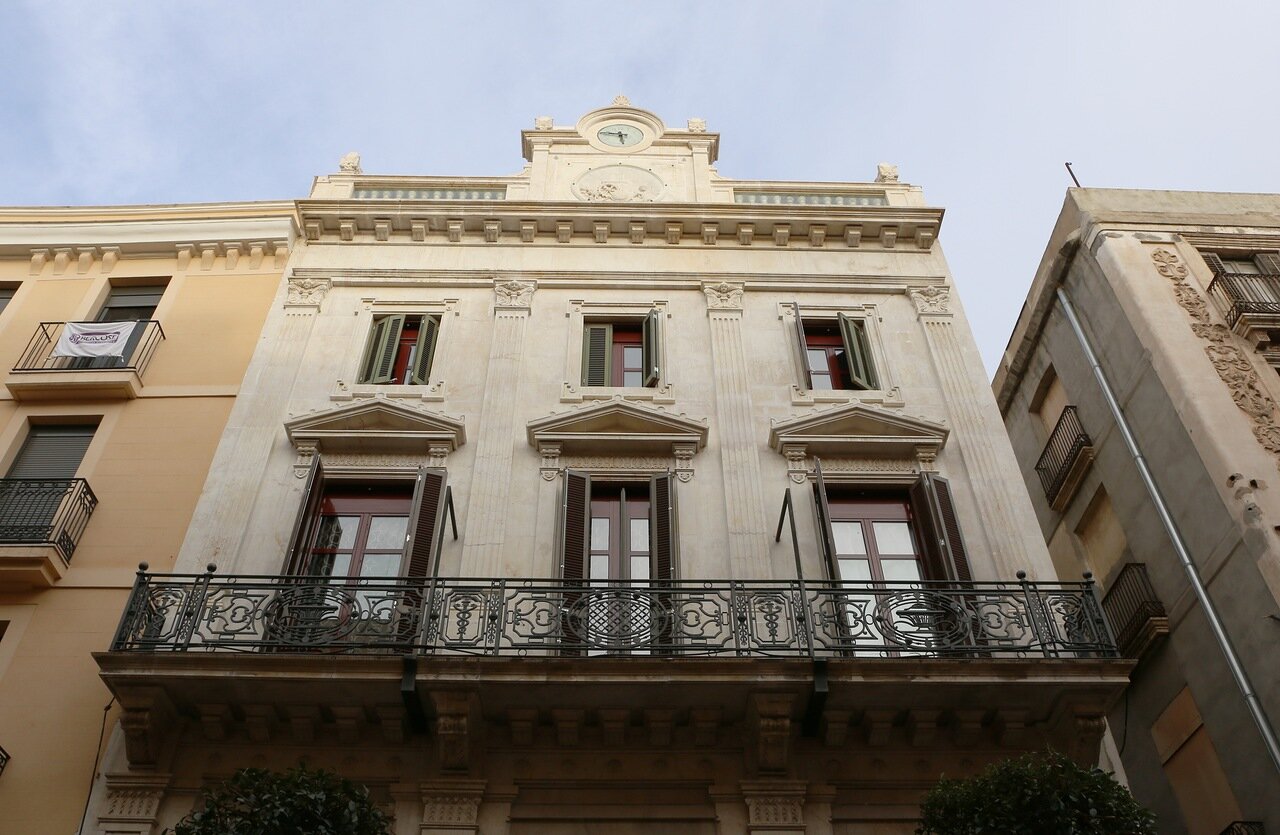 The facade is crowned by a clock, which is quite problematic to notice - the street is very narrow . This is probably why the clock shows the exact time twice a day. 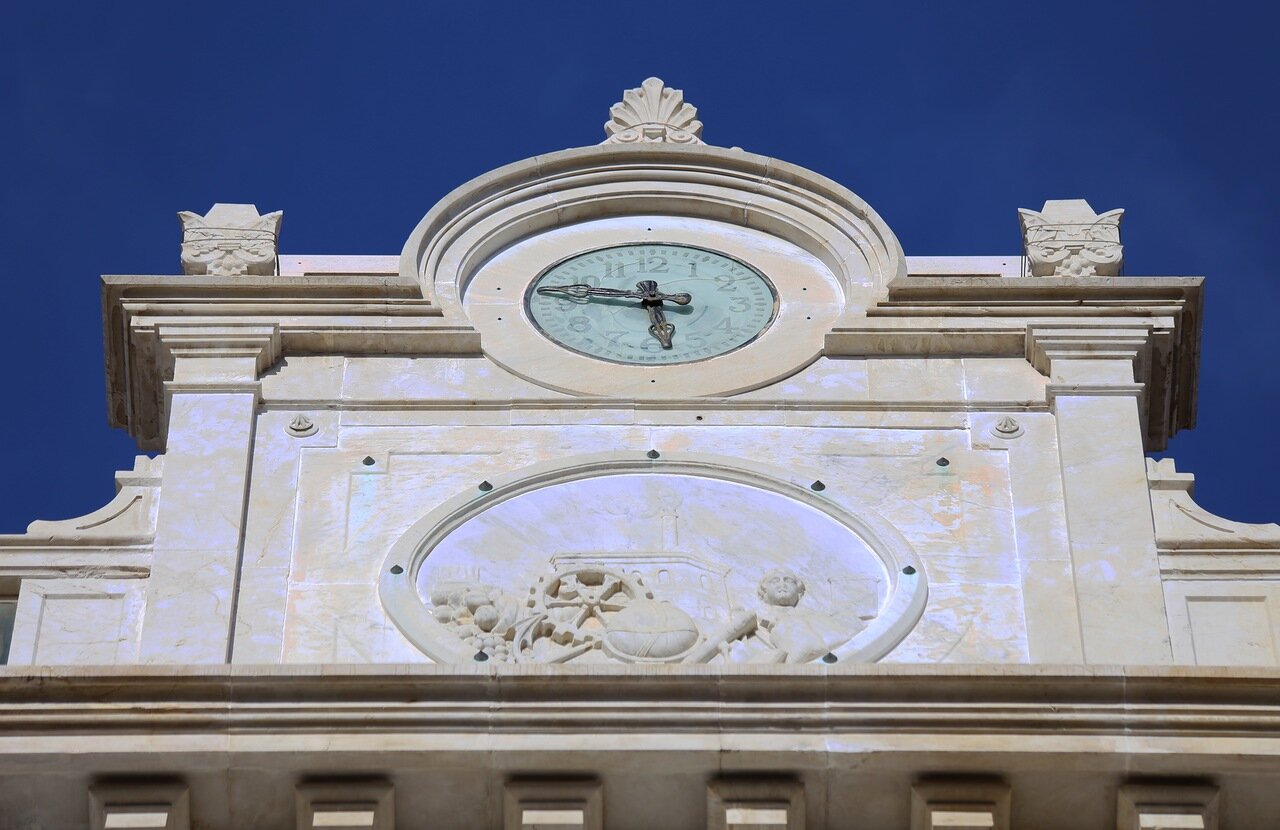 To the right of the Bank building is a residential building decorated in Reuss's signature style-vegetable bas-reliefs. 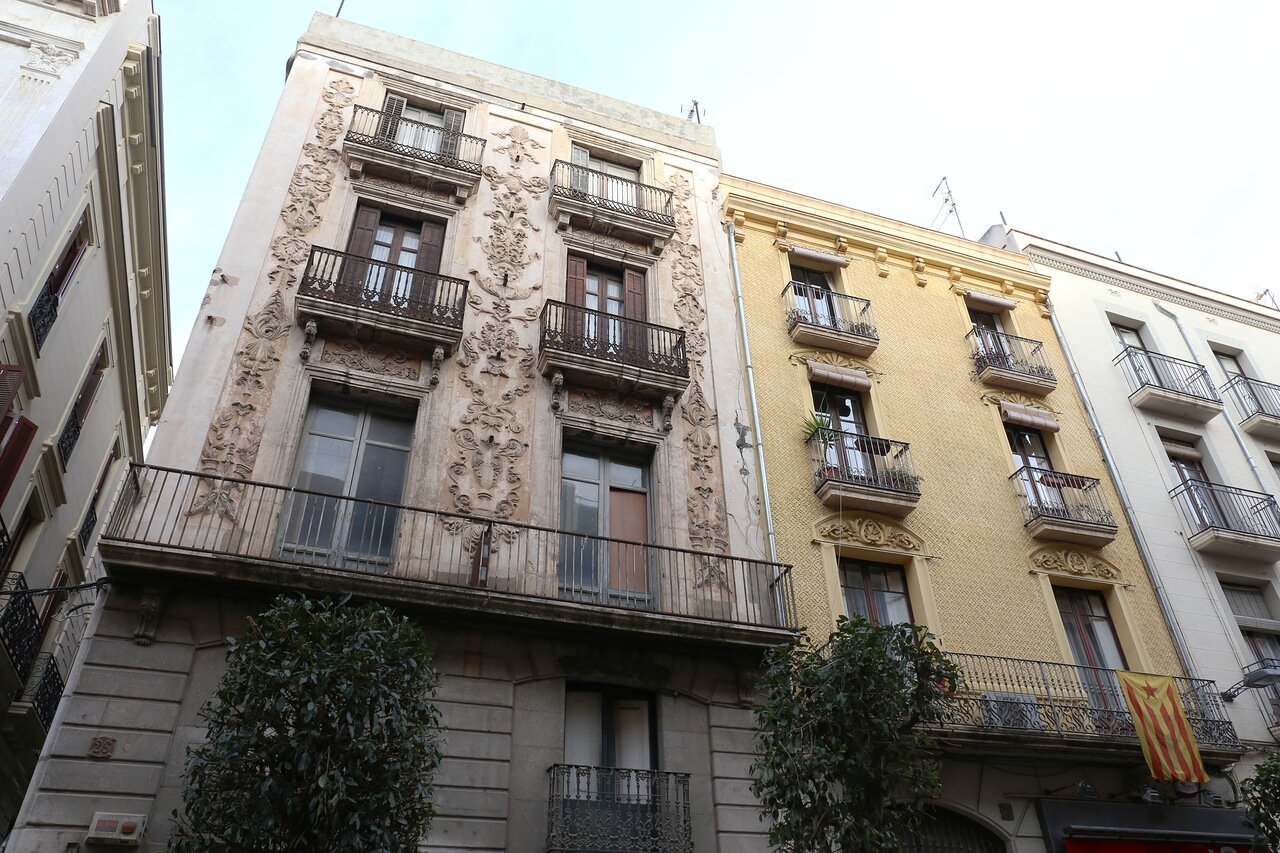 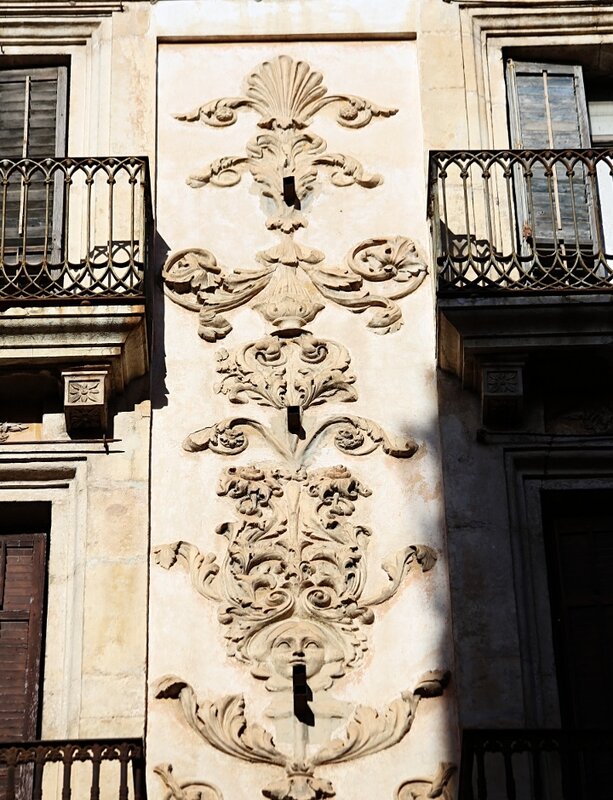 Stephen Mark's store, known asCasa Marco ( on the map) was built in 1926 by the architect Pere Domenech i Roura, son of the famous Luis Domenech and Montaner. (Lluís Domènech i Montaner).The style of the building can be described as novosenizm (Noucentisme) with art Deco elements. The author used one of his father's favorite techniques - the corner tower, while he is boldly experimenting with geometric shapes - the second floor of the tower is rectangular in plan, the upper floors have a cylindrical shape. 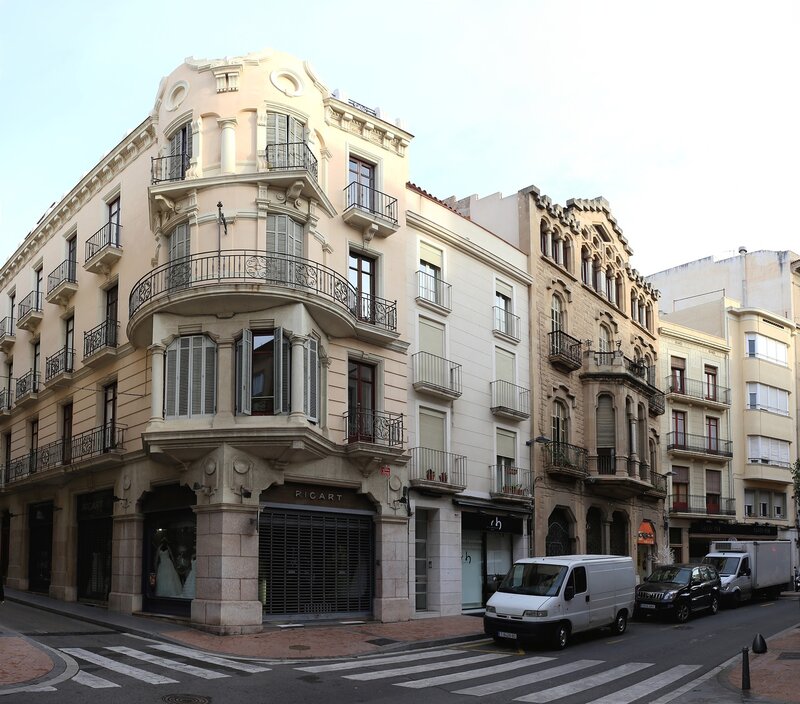 The next mansion, House Of Serra (Casa Serra) the building was designed by Joan Rubió i Bellver in the art Nouveau style. The building is faced with natural stone and includes some Gothic elements - a stepped roof cornice and arched Windows. The house was built in 1924 for pharmacist Antoni Serra (Antoni Serra), and traditionally combined the functions of a commercial and residential space. On the ground floor was a laboratory and pharmacy, the upper floors were occupied by the Serra family. After the pharmacist's death in 1929, the house was inherited by his sister, so the house is sometimes referred to by her family's familiar name of Casa Cuadrada. In 1938, the building was requisitioned for a police station, and the residents were not evicted, believing that this would protect the institution from terrorist attacks in the turbulent times of anarchy. Now it is again a residential building with commercial premises on the first floor. 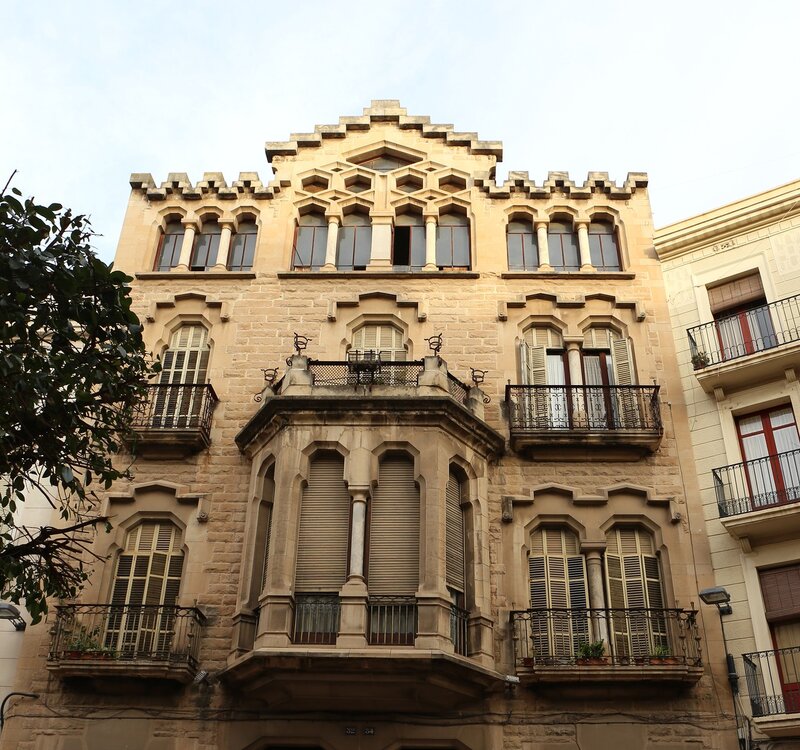 Looking into the perspective of Carrer Vilar, you can see the bell tower of the ChurchSt. Peter's . 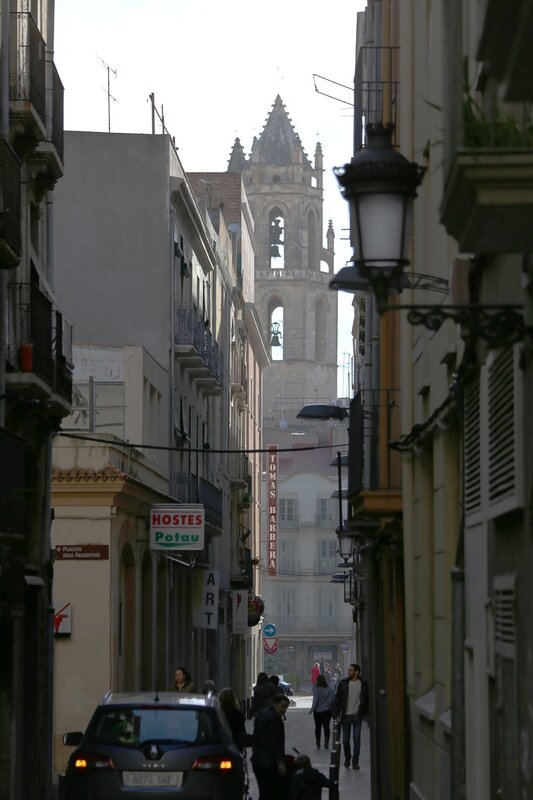