Close toCasa Gazul is attached to a small mansionCasa Rule on the map, also designed By lluís Domènech i Montaner. The house was built by the order of lawyer and notary Pere Rull in 1901. After the death of the owner in 1925, the mansion became municipal property, and currently houses the city archive. In 1996, the building was restored by the architect Juan Figuerola (Joan Figuerola). 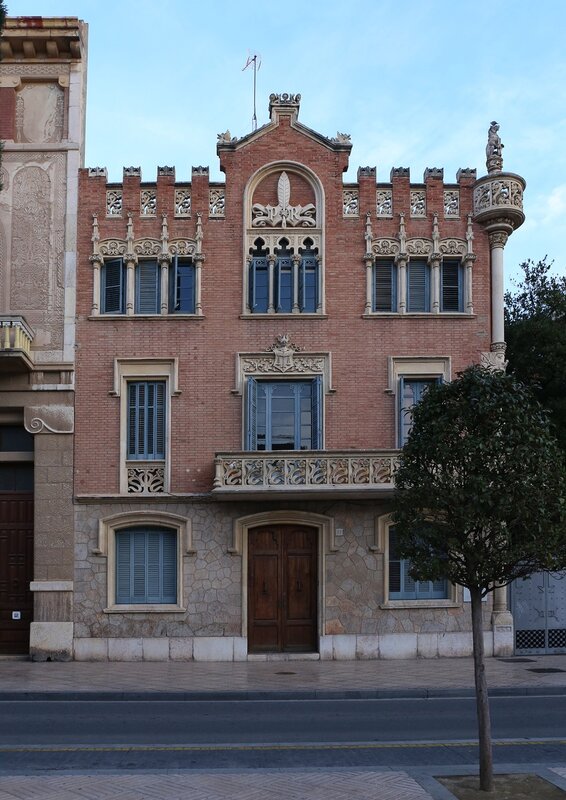 The building has the features of a medieval castle, in the decoration of which vegetable motifs typical of the art Nouveau era are widely used. 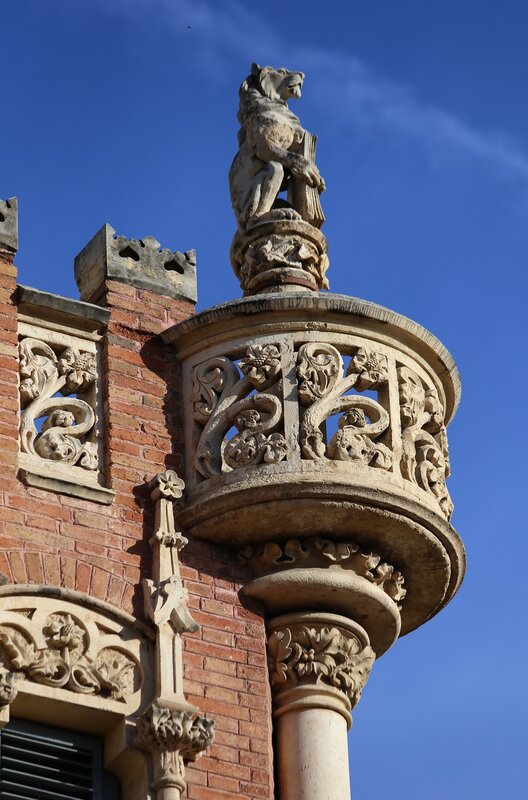 The house is decorated with the attributes of the owner's profession - a writing pen, the symbol of the notary, and a scale, meaning justice. 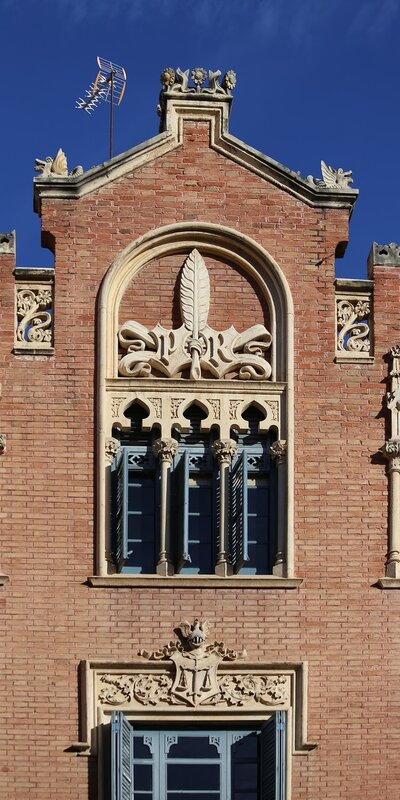 The other side of the street is occupied by the San Juan hospital (Hospital Sant Joan), a neoclassical building built in the late 19th century. The hospital was built on the territory of a Franciscan monastery, inheriting its name. 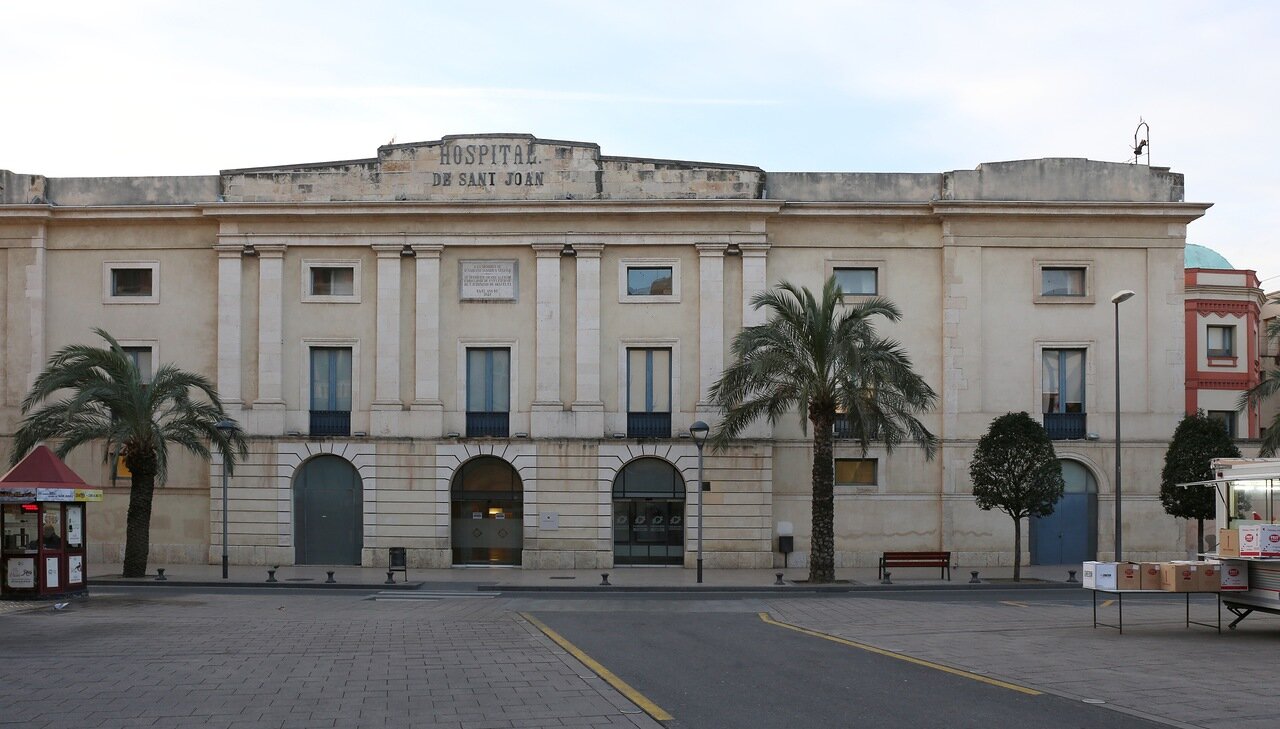 On the left, at the bottom of a small square, there is an inconspicuous building of the tuberculosis dispensary of the hospital (Dispensari Antituberculós on the map), looking at which you might think that it is about three hundred years old. In fact, it is the youngest of the unique buildings of Reus, built in 1926, at the end of the modernist era, by Gaudi's pupil and assistant Juan Rubio Bellver (Joan Rubio Bellver). 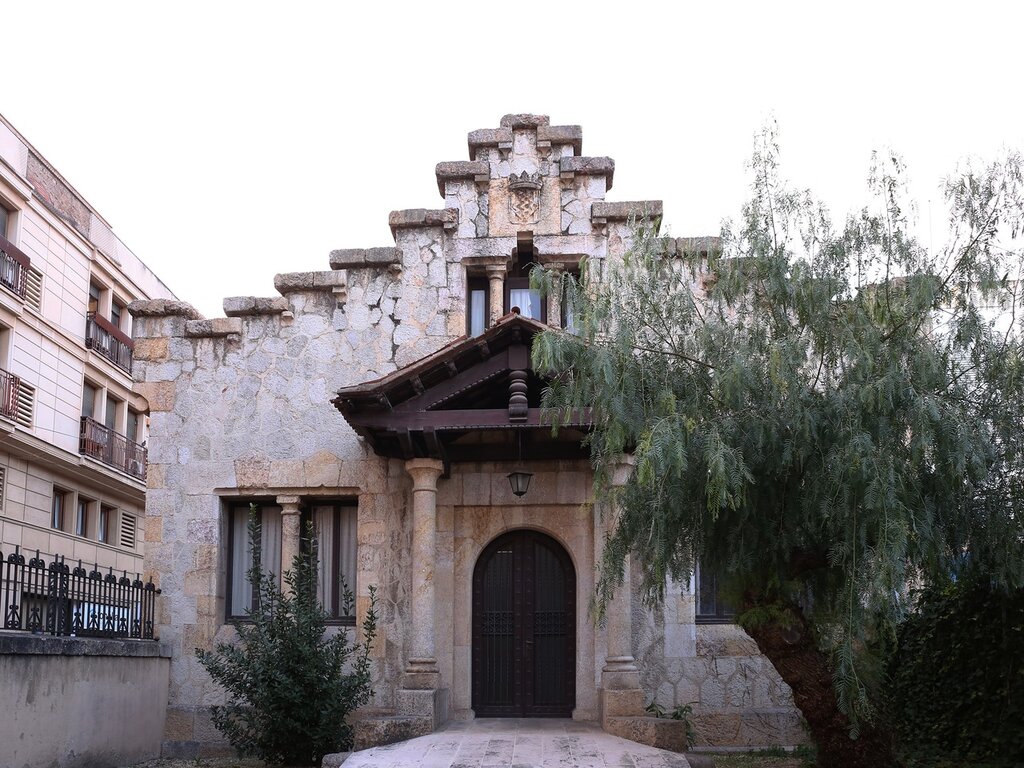 And on the square itself stands a giant Indian (on the map). The monument was erected on the occasion of the holiday "City of Giants" (Ciutat Gegantera). This is one of the annual Catalan holidays, the main action of which is a procession of huge figures made of papier-mache. Teams of giants from all over Catalonia gather in the city chosen to host the event, in 1983 the giant parade was hosted by Reus. The prototype of the monument was the largest figure of the Reus team - a North American Indian, with a height of 3.6 meters. 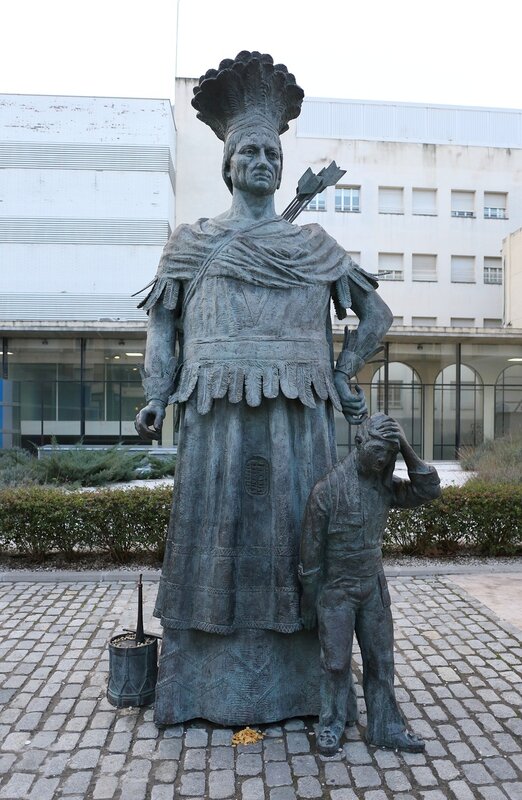