I look into Santa Anna alley, then return to Prime square and continue along the pedestrian streetCarrer de Llovera, which continues along the street of Monterols. 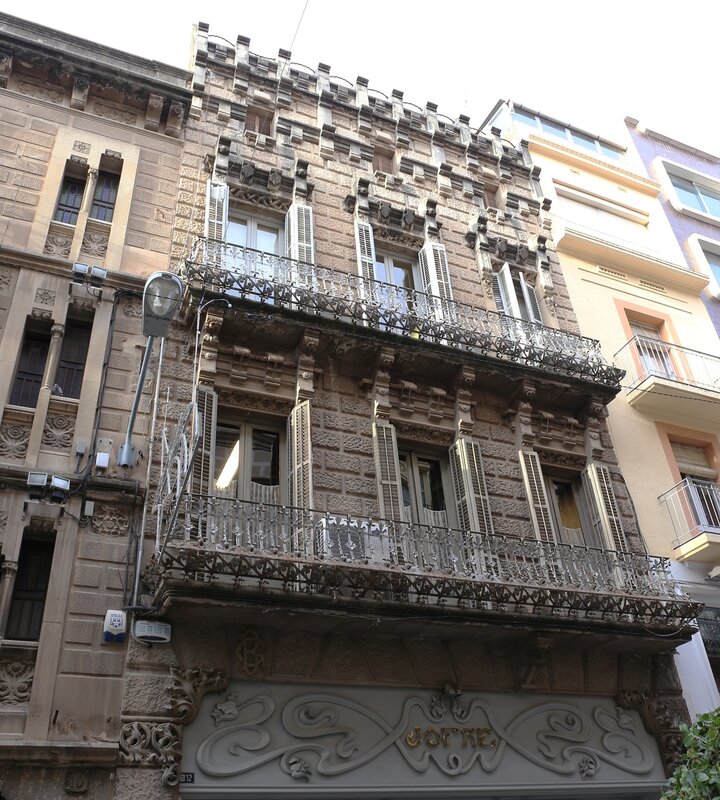 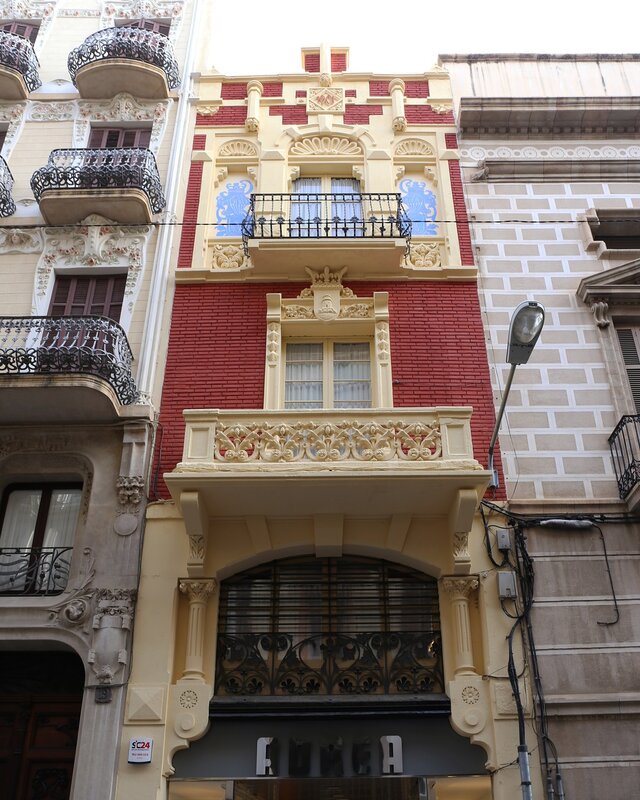 Niche the top floor is decorated with vegetal and floral compositions, executed in the technique of sgraffito, the left includes the logo reushi roses (the symbol of the city depicted on the coat of arms and flag), right - the emblem of the owner. Another emblem of the Kerol family is made in the form of a stucco decoration under the balcony. 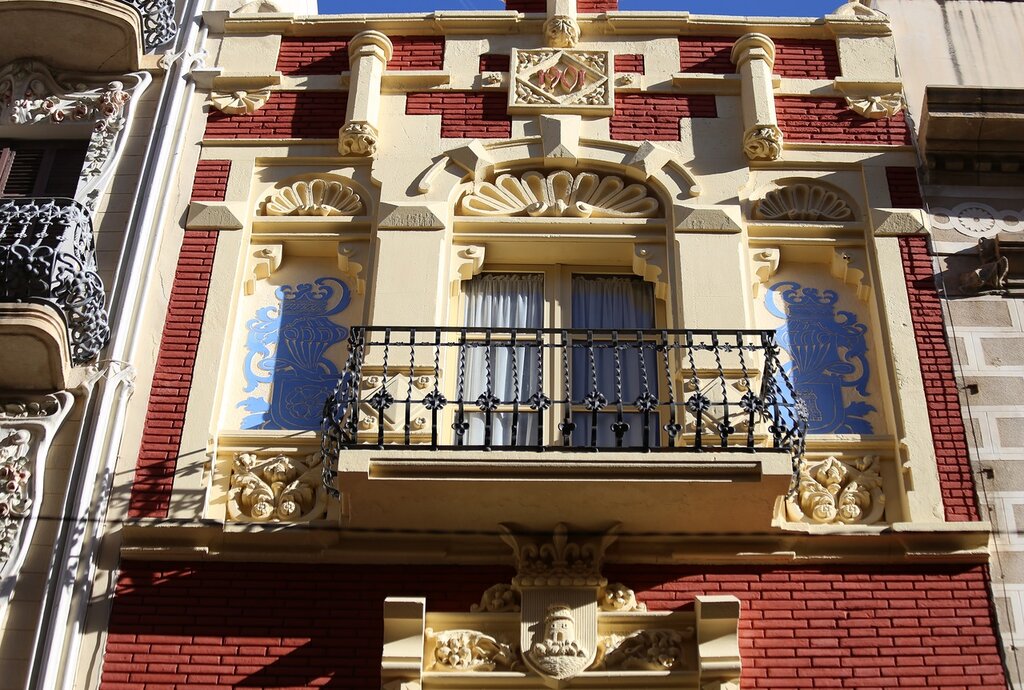 In vain to the Casa Carol is worth it House Of Thomas Jordi (Casa Tomàs Jordi, Llovera Village, 19-21), built again by Caselles in 1909 for the Prosecutor Reus. A memorial plaque above the first floor says that in the house that previously stood on this site, in 1815, Saint rose of Molas y Valve , the founder of the order of Sisters of our lady of Consolation, was born. The order was founded in Tortosa in 1858, and now has branches in 17 countries. 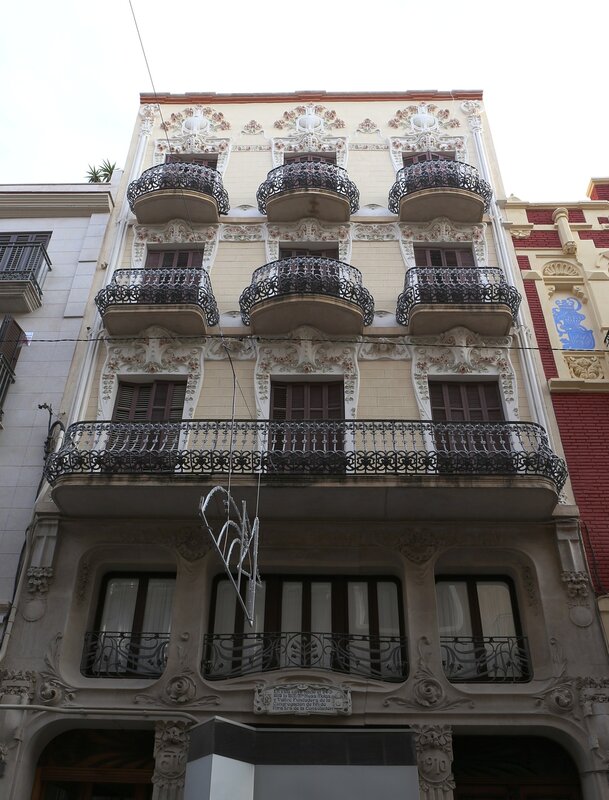 The building contains all the bright features of art Nouveau - curved lines, asymmetric elements, shaped metal grilles of balconies. The author has not changed the commitment to plant stucco, here it is even painted in the colors of natural nature, although not as bright as in the already familiar oneCasa Unger. 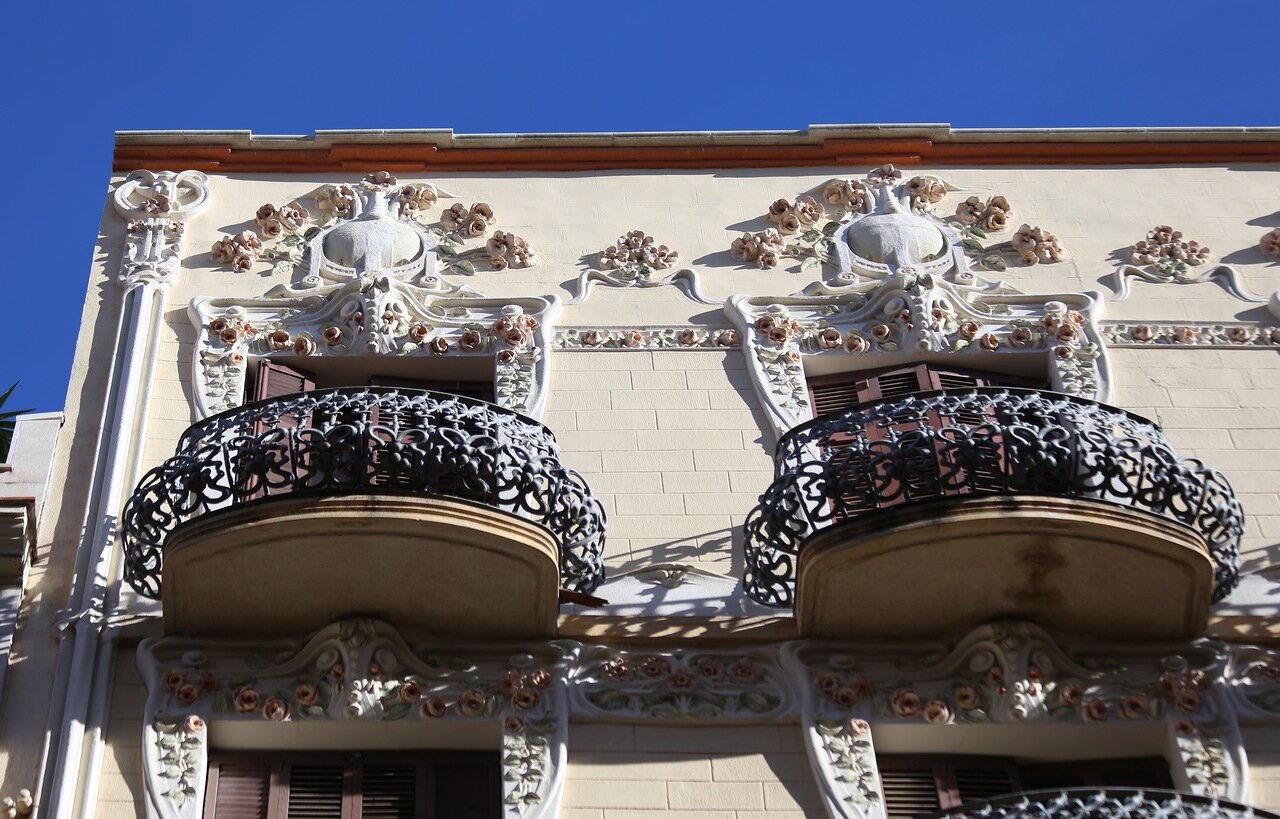 Casa Punyed (C. Llovera , 47-49), an early work by Caselles. The building was built in 1902 and has a neo-Gothic facade, only metal balcony bars and smooth vegetation lines in Gothic patterns are present among the art Nouveau elements . The house was built for the Iglesias family, and the name came from the drugstore Punied, which has occupied the first floor of the house for more than 70 years. 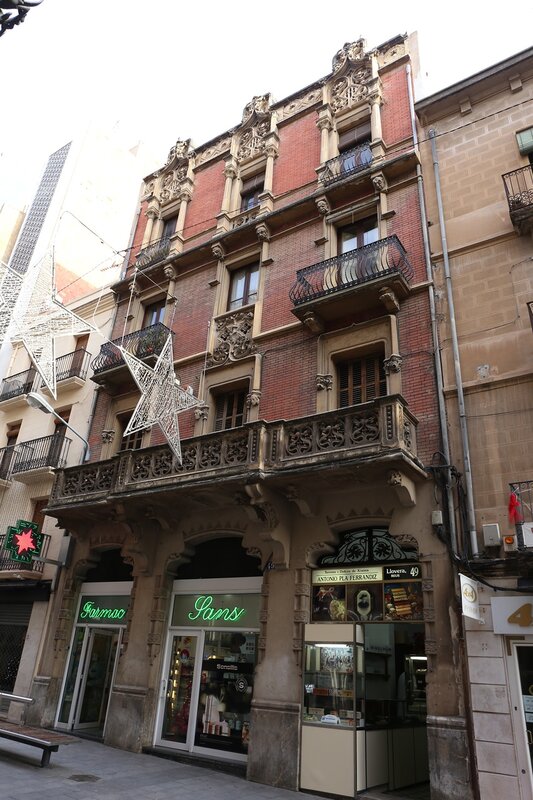