This house - one of the three creations of Gaudi, built outside of Catalonia, the Initiator of the construction was the local trading house Fernandez and andrés, engaged in the sale of fabrics. 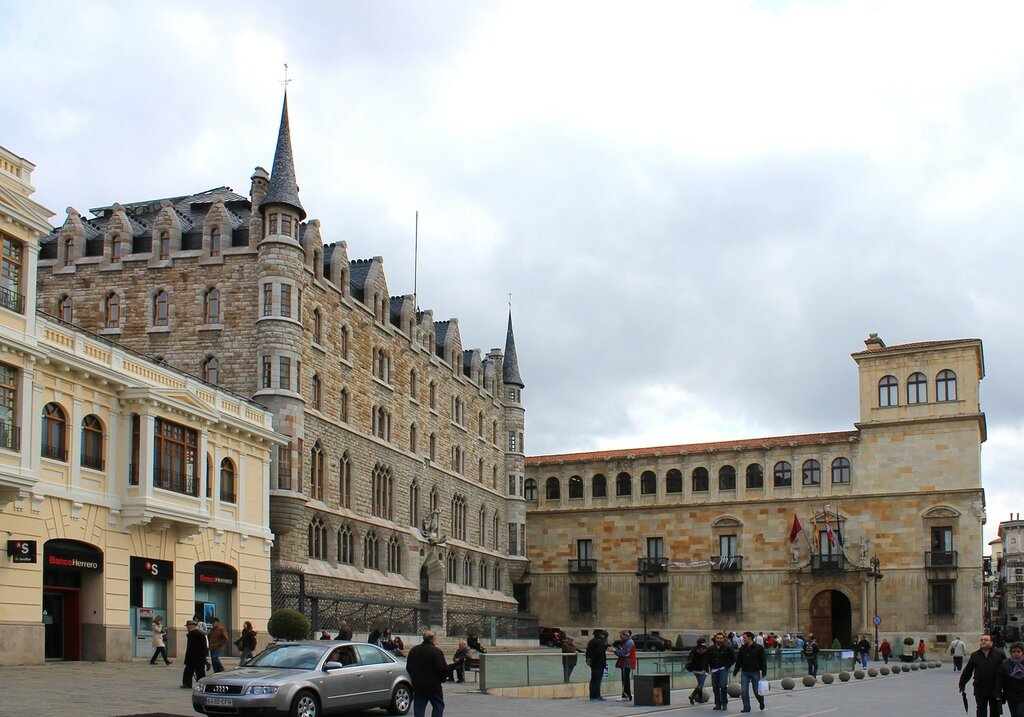 According to plans of businessmen in the socle of the building there has to be a big warehouse, the bottom floor was allocated under shop, in the main floor two big apartments of owners, apartments of two top floors were intended for delivery. 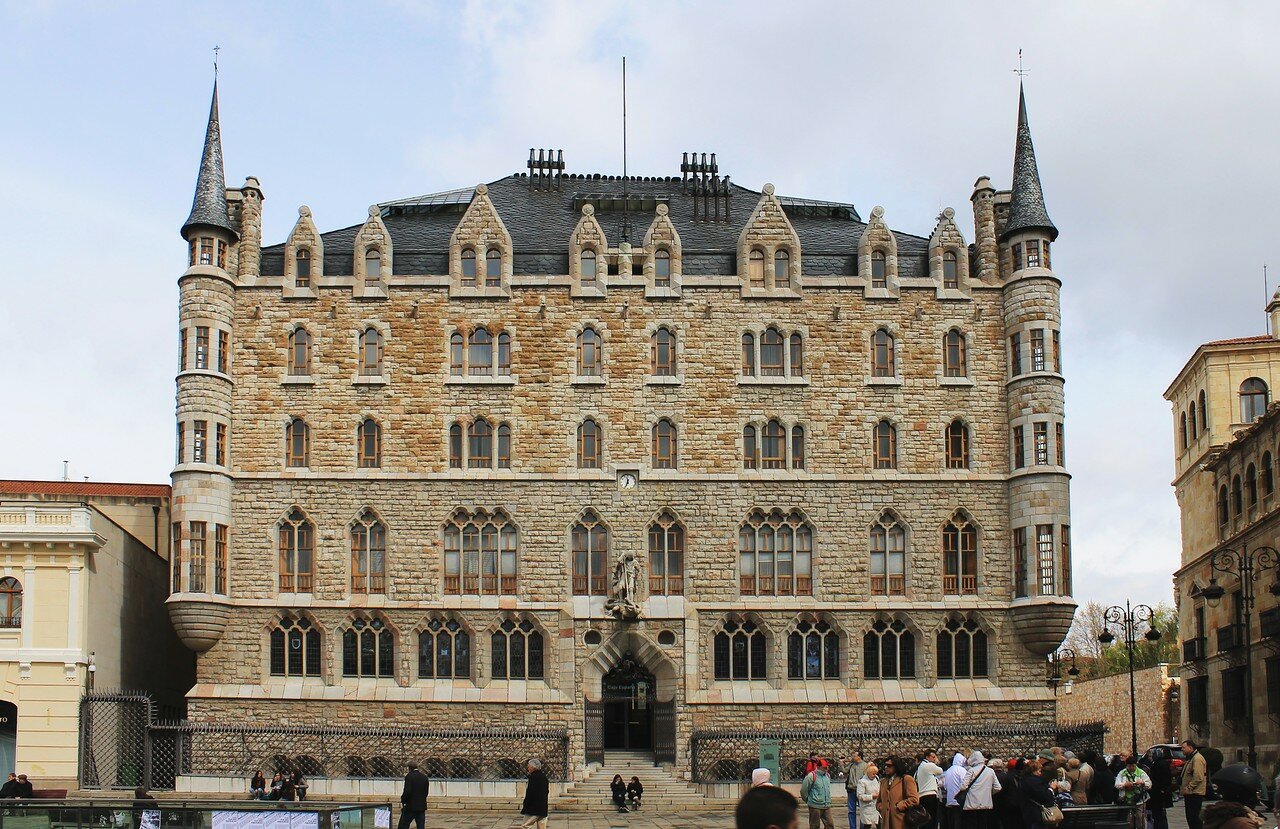 In 1890, a plot of land was purchased, and as an architect merchants invited the already well-known Antonio Gaudi, who worked during this period on the Episcopal Palace in Astorga, near Leon. Gaudí completed the project in December 1891, and construction commenced on 4 January of the following year. 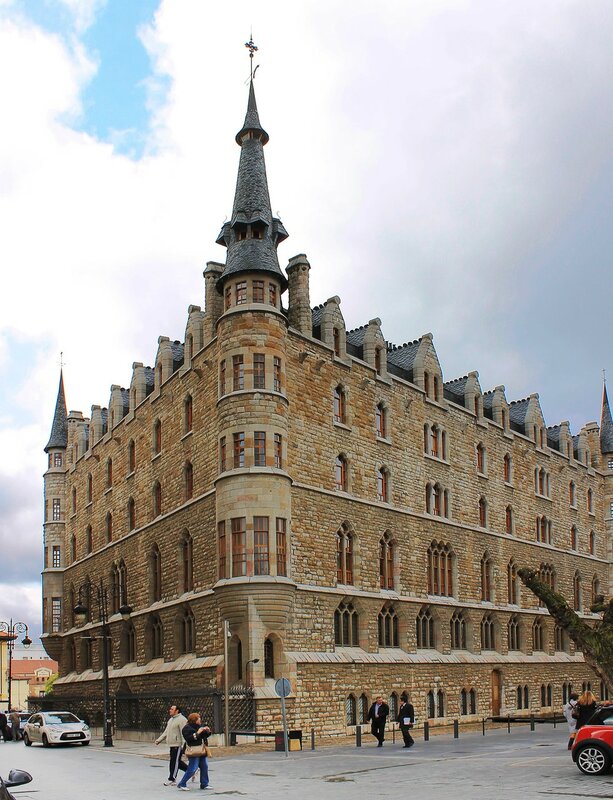 The city community met the construction of the house without enthusiasm-not only that the acquisition of land was associated with a long litigation, the public believed that the unusual facade, combining neo-Gothic and Art Nouveau, will spoil the existing architectural ensemble of the square Marcelo. In addition, the use of local labor force, which did not have such a necessary qualification, was the engineering criticism of the project. All these claims the great architect carefully collected, and as a result hung out on the public display in the hall of the building after its opening. Construction was completed in November 1892. 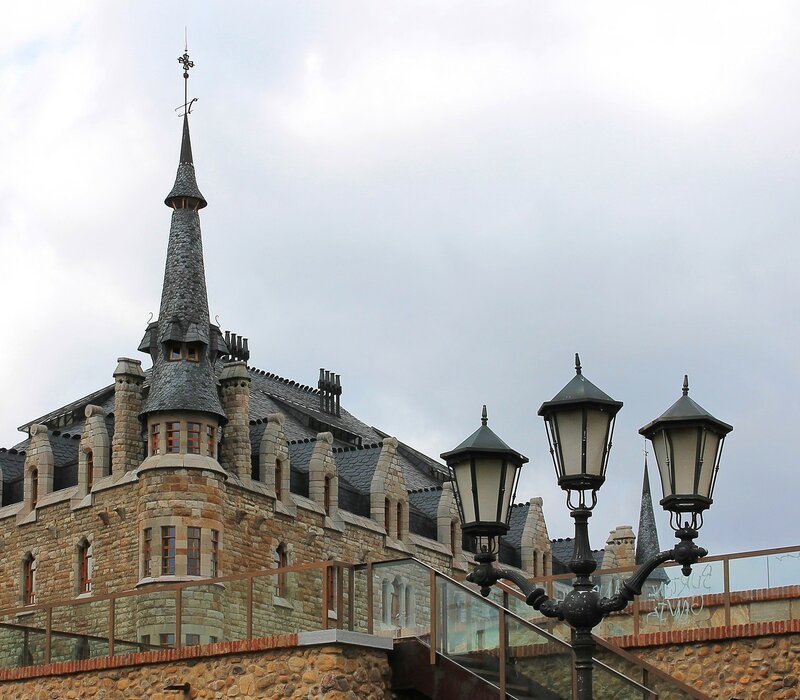 Sculpture of St. George (San Jorge), killing the dragon, appeared on the facade a year later. 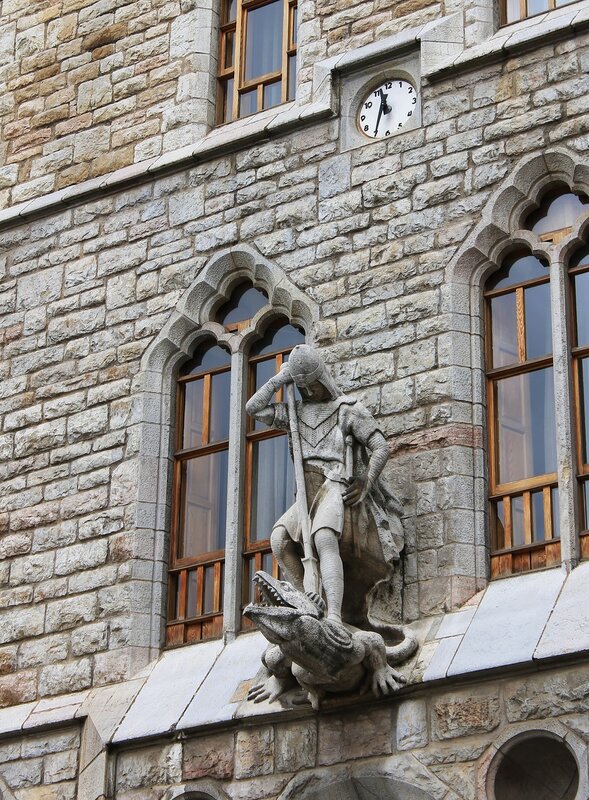 Customers gave the house the name of the founder of their business - Juan Homs y Botines, a merchant of Catalan origin, but for a long time the building was named after the owners of the store, " Casa Fernández-Andres". 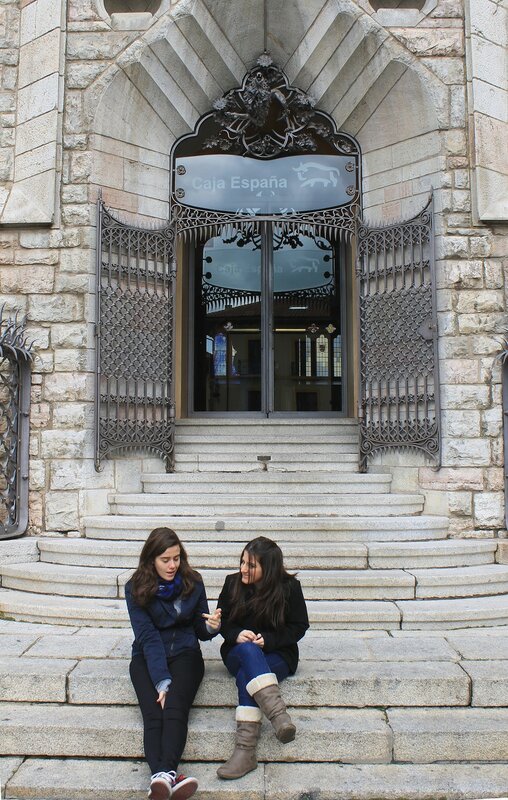 In 1931, the owner became the Bank Caja Leon, and the house underwent some restructuring, but was partially given in the original form in 1953, and in 1969 entered the list of objects of cultural interest of Spain (BIC). At the end of the 20th century the Bank became a part of Caja España, in 1994-1998 the house was completely renovated and opened a cultural center. 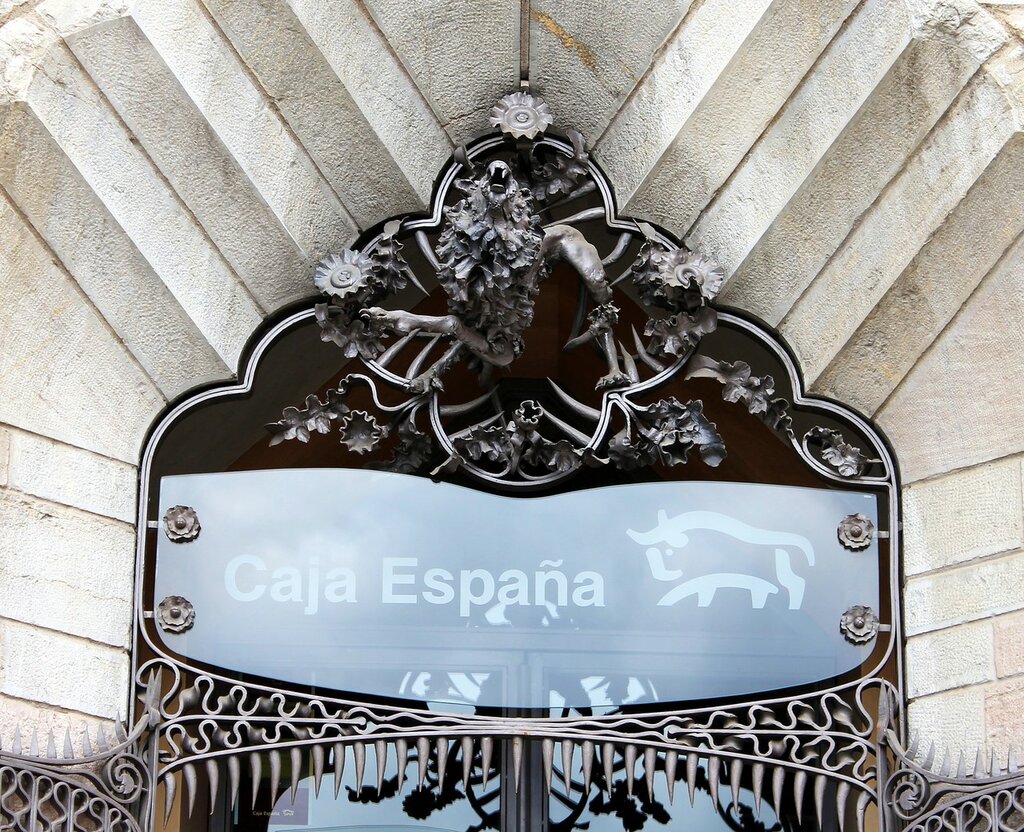 After the merger of Caja España and Caja Duero, in 2016 the building transferred to the Museum Fund España-Duero, here you can see a collection of works of art of the modern era, including paintings of the House, Sorolla, Mazzaro, Tapi and others. 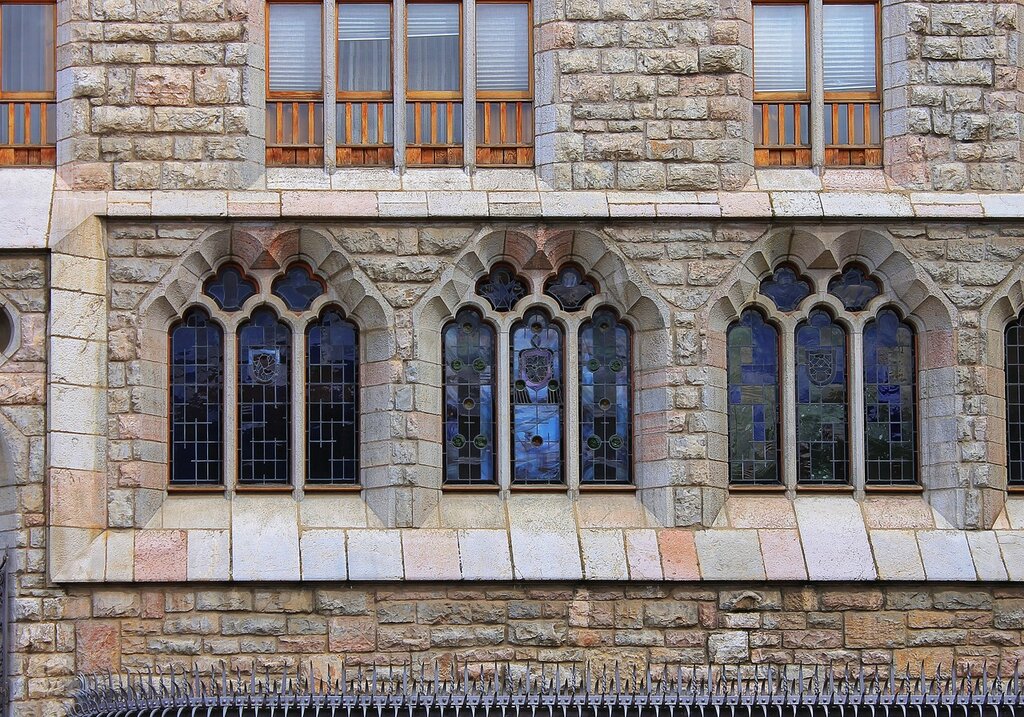 In front of the facade of Casa Botines can sit on a bench next to the bronze author of this wonderful house and slowly admire his creation. 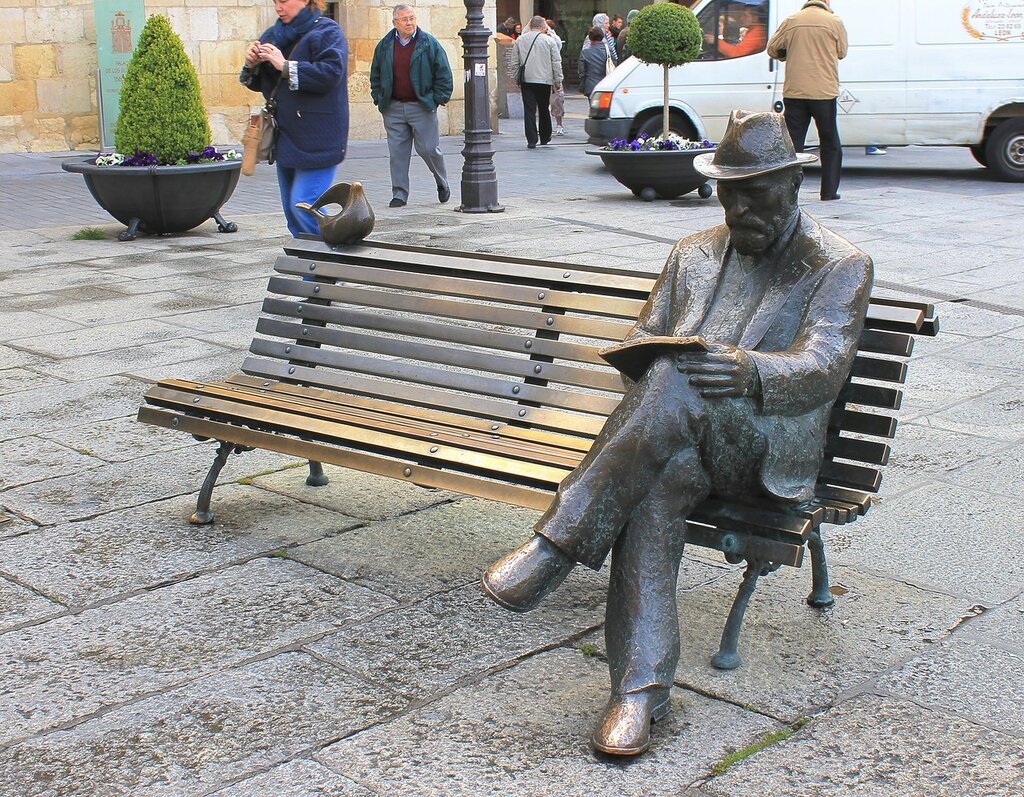